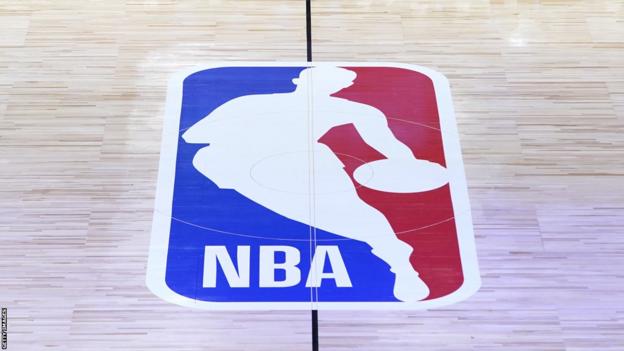 A total of eight players with Nigerian heritage were picked during Wednesday night’s NBA draft for the 2020-21 season.

The draft was originally scheduled for 25 June but had been delayed because of the fallout from the coronavirus and was this year held via video calls.

Precious Achiuwa is the third Nigerian-born player to be drafted in the first round since 2000, while soon after Udoka Azubuike was the 4th.

That was the first time that two players born in Nigeria have been picked in the first round of the same draft.

The regular season, which has been reduced by 10 matches to 72 due to Covid-19, is due to tip-off on the 22 December.

BBC Sport Africa has been finding out about all eight of the players set to be the stars of the future. 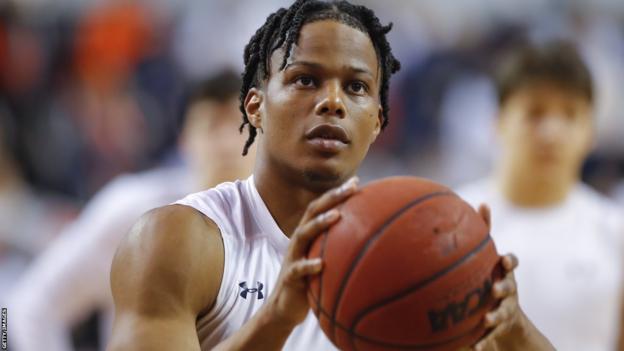 Isaac Okoro was fifth overall pick and has been chosen by Cleveland Cavaliers.

The 19-year-old, who is 6ft 6, was born in Atlanta, Georgia to Nigerian parents and the small forward was part of the USA’s winning team at the 2018 Under-17 Basketball World Cup in Argentina.

“It feels great to be the first Nigerian in this draft to be drafted,” he said after being picked.

“It’s also just a blessing. My mom always tells me to keep that Nigerian pride. Even though I wasn’t born in Nigeria, I still got Nigerian blood. So it’s just having that on my shoulders.” 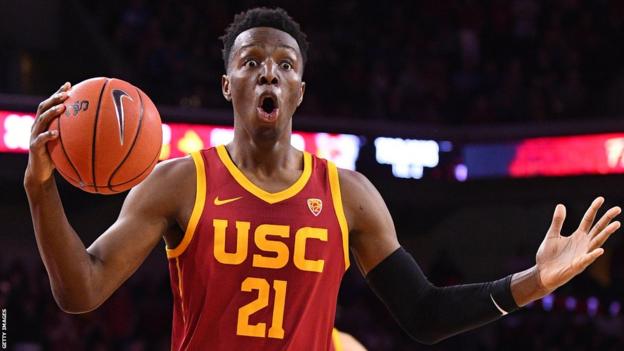 The 19-year-old shooting guard is 6ft 9 and was a high school teammate of third pick LaMelo Ball at Chino Hills in California, where he was born.

“Myself, I just want to be able to get better, be able to be the best that I can be, continue to work hard, have a great work ethic.” 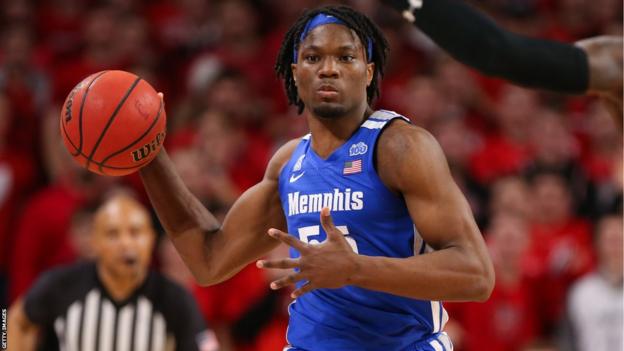 Precious Achiuwa, who is one of two players born and raised in Nigeria, was the 20th overall pick and was picked by Miami Heat.

The 21-year-old, 6ft 9, power forward grew up playing football in Port Harcourt, before moving to the USA as a teenager.

Miami Heat may well get a few more fans in Nigeria as Achiuwa will join four others at the team who have Nigerian heritage – Bam Adebayo, Andre Iguodala, Chikezie ‘KZ’ Okpala and Gabe Vincent.

“I watched the NBA Finals, and thankful that they’re welcoming me to Miami. I think I can add a lot to the table, like add a lot of aggression and grittiness.” 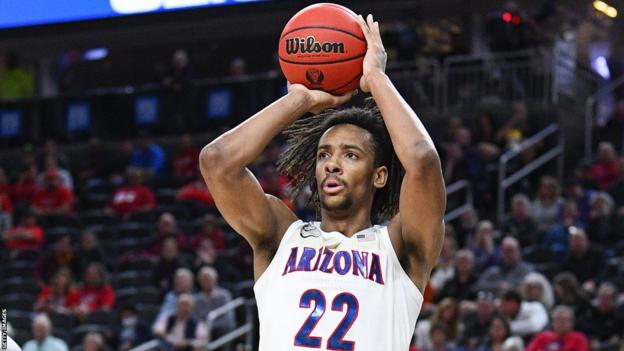 The 6ft 11 center was born to a Nigerian father and American mother and played college basketball for the Arizona Wildcats.

“I’ve been working a lot during these quarantine times, and I feel like I’ve made a lot of improvements,” Nnaji explained.

“I feel great. My body feels explosive. I feel quick. I’m just excited to do whatever I can to help our team win.” 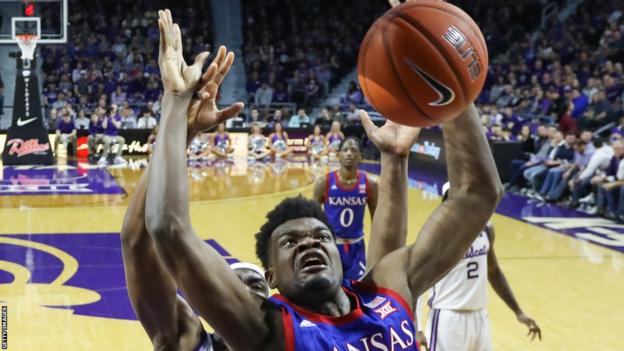 Coming in as the 27th overall pick was Udoka Azubuike who will be playing for the Utah Jazz.

The 21-year-old centre is the second Nigeria-born player on the list and was discovered by Raptors, a Lagos-based basketball academy (not affiliated to NBA team, Toronto Raptors).

Standing at 7ft tall, he drew the attention of recruiters at one of the NBA and Fiba’s developmental camps in Africa, despite only taking up the sport at 13.

“I’m so excited to play alongside Rudy (Gobert),” Azubuike said.

“A defensive specialist, that’s mostly what I did at Kansas. I had a similar role to affect the game defensively. So I’m excited to learn from him.”

Jazz general manager Justin Zanik said: “We felt at the end of the day that ‘Dok was the best defensive player, best player available given his unique production, physical attributes and ability to affect both offensively and defensively on the court,” 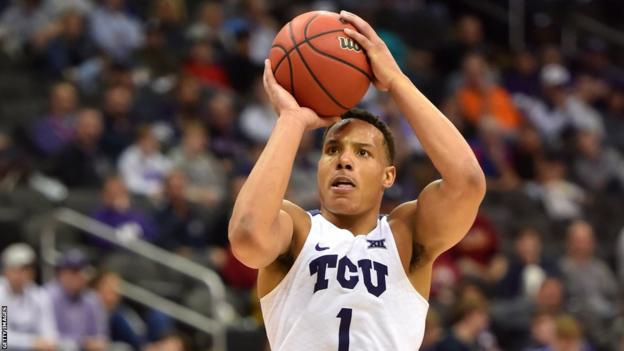 Desmond Bane started playing baseball before he switched to basketball and was the 30th overall pick, drafted by the Boston Celtics, with reports that he will be traded to the Memphis Grizzlies.

The 22-year-old was the last of the players of Nigerian heritage to be selected in the first round of the draft.

The 6ft 6 shooting guard was raised in Indiana with a southern-Nigerian father and American mother.

“You know, I feel like I bring a mature approach. I bring a mature, consistent approach, both on and off the floor, and I think that’ll be beneficial early on,” he said about the prospect of playing in the NBA. 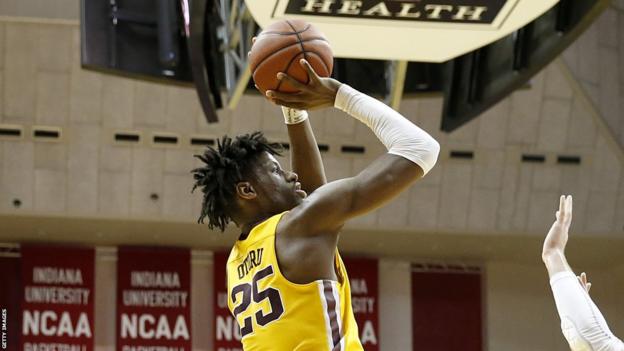 Daniel Oturu was the third choice in the second round of the draft which made him the 33rd pick overall.

The 21-year-old, 6ft 10 centre looks set to end up at the LA Clippers after he was originally picked by the Minnesota Timberwolves, who immediately traded him the New York Knicks before being moved on again.

He was born to Nigerian parents who are pentecostal ministers in Minnesota, with his father Francis a former table tennis player for Nigeria.

Brad Underwood, the coach at college side Illinois, who came up against Oturu as he played for the Minnesota Golden Gophers, was full of praise for the youngster.

“He is the most improved player in the country [in 2019-20]. He reminds me a lot of Kevin Garnett with his package – his athleticism, his skill set,” Underwood said. 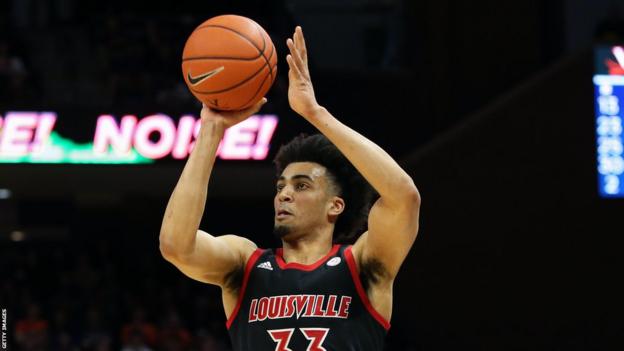 Jordan Nwora will be the most popular pick on the list to Nigerians as the 22-year-old is a member of the country’s senior men’s basketball team, otherwise known as D’Tigers.

The 6ft 7 small forward was chosen as the 45th overall pick (or the 15th in the second round) by the Milwaukee Bucks.

Jordan, who was born to a Nigerian father Alexander and American mother Amy, was part of the Nigerian team that played at the 2019 Men’s World Cup.

His father was Nigeria’s head coach at the World Cup (now the country’s assistant coach) and the duo became the first Nigerian son and father to be part of a Nigerian national team side at the same time.

Jordan is also Nigeria’s highest scorer in a single match after registering 36 points in a 2019 World Cup qualifier in Lagos.