Uganda can only be saved by Ugandans 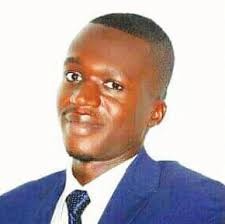 My beloved country Uganda, which Churchill Winston called the ‘Pearl of Africa,’ is a nation naturally endowed with plentiful natural resources and youthful population. We are a people whose strength, lies in our population and in our diversity, lies our unity.

We are hardworking, strong and prayerful people. Our land are arable, our minds are shrewd, we have avalanche of resources at our disposal that make us unique. With all these we have, how then did we get to this point?

Uganda is faced with a myriad of challenges majority of which are due to bad governance, poor leadership and in the end, we are faced with corruption, rising unemployment, economic disability and inflation.

When we begin to look at issues on ground, I can assertively say that only a nation can survive all these and remain as one. Each time I watch news on Television of how the police is torturing opposition politicians, I feel worried. What happened to democracy and rule of the law in this country? In this country, almost everyone is affected somewhere.

These challenges in the country has escalated and permeated all spheres of the economy especially the agricultural sector. Our farmers cannot reap big from their hard work because of middle men who exploit them, lack of incentives, and fluctuation in prices.

We are now in election period. A lot of negative things are happening. The Economic Outlook Group last time warned that the national economy is slowing down and could enter in to a recession next year due to the ‘disorienting, distracting and dizzying’ events of 2020.

During this election period, our people are divided along ideological/political parties lines; NRM, NUP, DP, ANP or Independents and in the end, the masses are always at the receiving end. I really don’t see reasons why politics should divide us; the politicians themselves are not divided by these, so what is actually responsible for this schism?

We should let our collective vision be greater than any division in order to impact positively our nation. I believe in Uganda, I have hope in Uganda and most importantly, I have faith in Ugandans. No body outside will fix our country other than ourselves. Uganda can be nation of our dreams, if only we come together and shun all the self-interested and parochial sentiments that divide us and drive that ugly wedge amongst us.

As Helen Keller said ‘Alone we can do so little, together we can do so much’. Until we begin to see this country as a team, where all and sundry will have a say in its dealings, only the desired Uganda will be birthed.

The writer is a Commonwealth correspondent in Uganda