Finance Minister Matia Kasaija has rewarded his opponent who withdrew from the race for Buyanja County with the position of Deputy Director,Uganda Investment Authority (UIA).

Mr Paul Kyarimpa withdrew from the Buyanja County race after he was appointed Deputy Director of the Uganda Investment Authority (UIA). 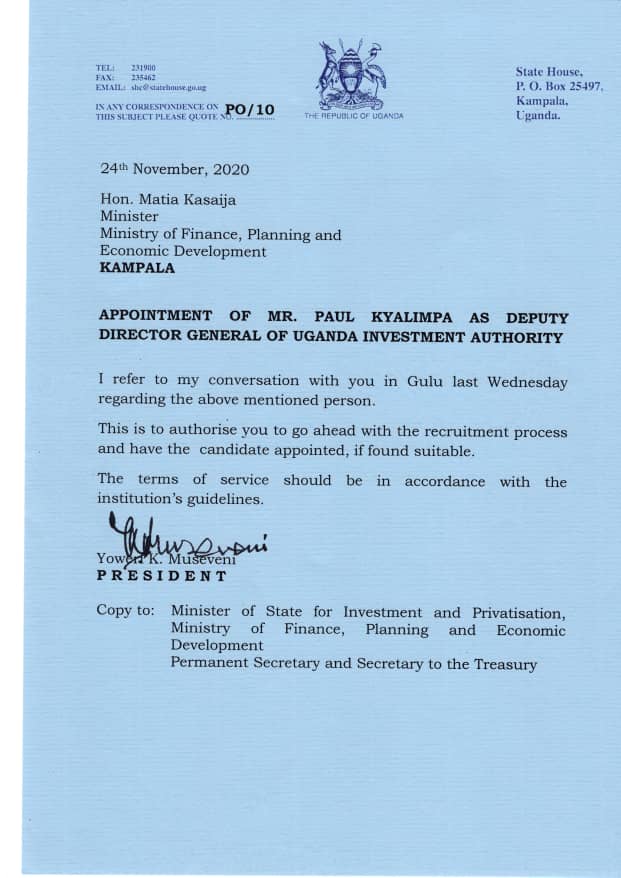 “I refer to my conversation with you in Gulu about the above mentioned person. This is to authorize you to go ahead with the recruitment process and have the candidate recruited,if found suitable,”reads President Museveni’s November 24th letter. 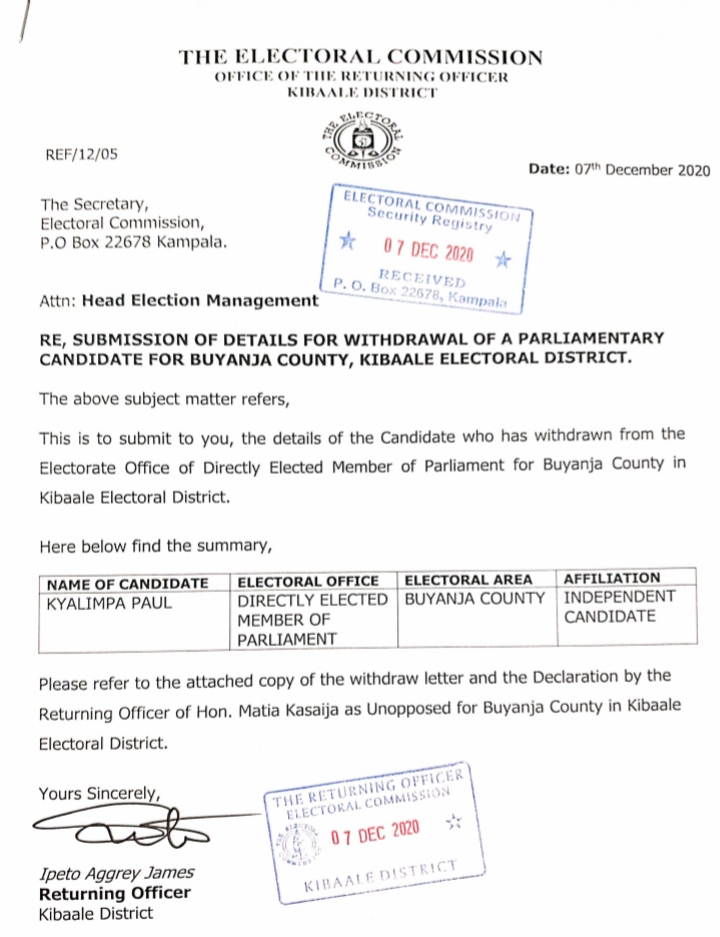