Semi Ajayi: ‘I always planned to play for Nigeria’


Semi Ajayi has said that he had always wanted to play international football for Nigeria.

The London-born West Bromwich Albion defender, who was also eligible to play for England, qualified to play for the Super Eagles through his parents.

“When I was at Charlton, I had already represented Nigeria at under-20 and under-21 level. I’d always envisioned myself progressing to the first team,” the 27-year-old told BBC Sport Africa.

“When I got promoted with Rotherham, I was playing week in week out in the Championship.

“That season I got a call from the Nigeria team saying that they had been monitoring my progress and they would like to offer me an invitation to the first team.

“I was buzzing, I was over the moon. Then I made my debut a couple of weeks later against Seychelles.

“It’s a surreal feeling pulling on that jersey and knowing that you are representing 200 million people. I’m blessed to be part of the 18 or 23 people selected to represent the country. It’s something I don’t take for granted.”

Ajayi, who now has 14 senior international caps, used to spend summers in Nigeria with his family before he turned professional.

“Before I started playing football full time, I used to go there every other summer with my family,” he explained.

“Now that my time off in football is different to the time my mum gets off from work, I don’t go as often. I still go back four times a year for the internationals and then sometimes in the summer.” 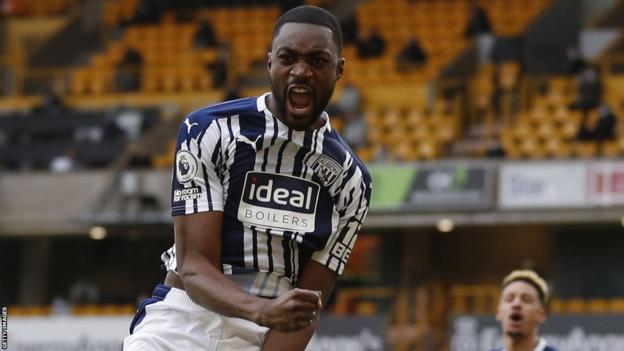 His journey to the Super Eagles and the Premier League began in the youth ranks at Charlton Athletic before signing a contract with the senior team and being loaned to non-league Dartford for a season.

At the age of 20 he moved to Arsenal and despite playing in several friendlies for them and even being named on the substitutes bench for several Premier League games he never made the breakthrough.

He went onto have stints at Cardiff City, AFC Wimbledon, Crewe Alexandra and Rotherham before signing for the WBA. He even had a stint on trial at Ajax.

“When I left Arsenal, they allowed me to go and train at clubs and have a look at clubs and explore my options. Ajax happened to be one of them. It was a really good experience and I enjoyed it a lot,” he said.

“Their academy and the set up they have there is amazing. You can see why they produce so many players when you enter their facilities and see how they do things.

“It went really well but I was looking for first team football and the route that they wanted me to go would have been to initially play for the B team and then maybe work my way up into the first team.

“I just thought if I was going to leave home and then move all the way over there it would be for first team only, although the B team is technically a first team.”