Balunywa Aliza Sumaya who was a candidate for Youth MP Eastern Region has just filed an election petition challenging the victory of the over-aged Odoi Bernard Onen Mutusa of the National Resistance Movement-NRM.

Sumaya says that Odoi is over 39 years of age and yet the Constitution only allows 30 years and below.

Before elections, the Electoral Commission had disqualified Odoi for being over age and that he was not eligible to contest for the Youth MP elections.

However, Court reinstated him a day to elections after it ruled that it was illegal for the EC to denominate Onen basing on allegations, saying he was eligible to run for the Eastern Youth MP seat.

However, according to the original birth certificate presented in Court, it shows that Odoi Bernard was born on 28th August 1982 and not in 1990 as he claims.

According to Odoi’s documents, they show that he sat O-Level examinations in 1999 when he was nine years old, which is practically impossible. 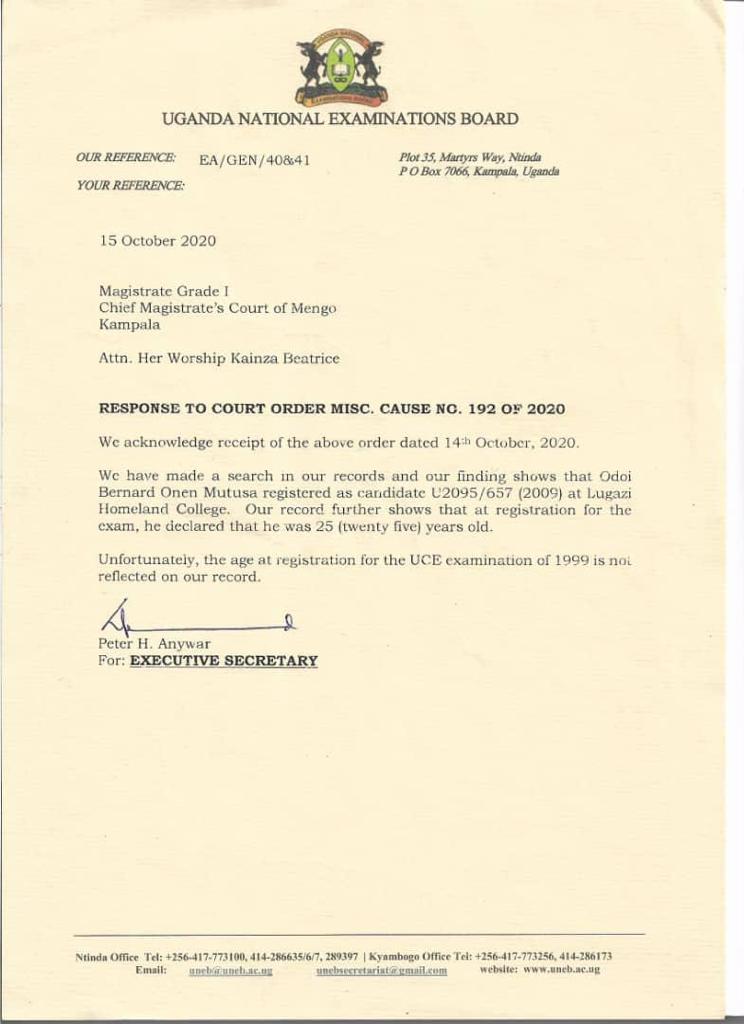