Bartenders, bar managers, waiters, waitresses and bouncers under their umbrella body, the Bartender’s Association of Uganda (BAU) have come out to re-echo their grievances as concerns their work sphere, a section of the economy that is still closed.

It is now one year since President Museveni, with guidance from the Ministry of Health and the National Covid-19 Taskforce, closed bars and banned other public, social gatherings to contain the spread of Covid-19.

The lockdown would later be lifted in a phased manner, since June 2020 and most of the sectors in the economy were allowed to resume operations under strict guidelines.

However, the entertainment industry; concerts, music shows and bars have not been allowed to operate.

During one of his recent addresses, Museveni hinted on opening musical shows and bars only if the covid-19 vaccine was available.

“Bars, saunas and music shows will only open when we get the vaccine,” Museveni was quoted as saying. 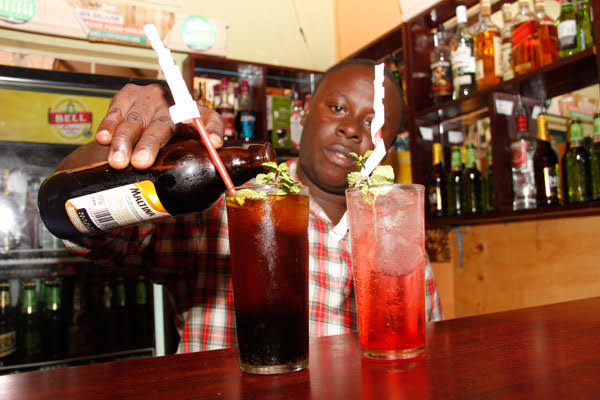 Ever since the lockdown was effected, players in the entertainment industry have suffered loses, just like any other sector, however, they argue, the lockdown on their business has stretched on the longest.

Speaking at a press conference held at Whispers lounge in Bugolobi, Amos Waiswa, President Bartender’s Association of Uganda noted that they understand the situation “but it’s really getting out of hand as most of our families are now torn apart and we are struggling to survive one year down the road.”

Waiswa told ChimpReports that they are not planning any form of demonstration so as to be allowed to operate but rather requesting President Museveni to reopen bars.

“We are not demanding anything from government but we are kindly requesting the President to remember people working in bars. We are more than broke yet we have a life to live, responsibilities to fulfill,” Waiswa said.

Asked to comment on the fact that some of the bars are operating behind closed doors, Waiswa responded thus; “We are going to do thorough investigations and if it’s true that bars are working, then the proprietors should be arrested.”