Dar es Salaam. There was outpouring of grief this morning at St Peter Catholic church, Oyesterbay Dar es Salaam as the body of President John Magufuli was brought for a requiem mass.

Magufuli’s body was taken from Lugalo Hospital to the church where many people appeared wept and others could not control emotions by mourned loudly. 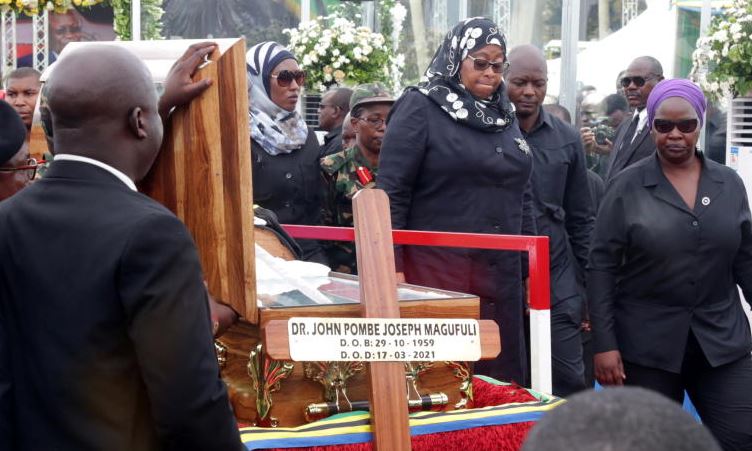 Thousands of Tanzanians lined up the Ali Hassan Mwinyi Road and the Rashi Kawawa Road to witness the motorcade carrying the fallen President’s casket as it drove to the Uhuru Stadium.

Many waved tree branches calling out the name of the late President; others held flowers whereas at around Kigogo women lay their kangas on the road as symbol of respect.

The body finally arrived at the Uhuru Stadium, where some government officials including ministers and former presidents had already arrived for the open mass.