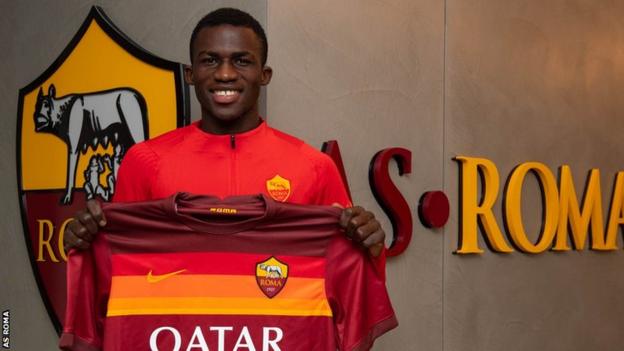 On 10 April 2018 a 15-year-old Ghanaian watched in awe as Italian side AS Roma staged an incredible comeback against Spanish giants Barcelona in the European Champions League.

Felix Ohene Gyan Afena fell in love with Roma that night as they won 3-0 to make it 4-4 on aggregate and so beat Barcelona on the away goals rule.

Now just three years later he is pulling on the famous maroon shirt that now bears his name – Ohene Gyan.

“It is amazing. It is a dream come true for me,” he told BBC Sport Africa.

“AS Roma made a lasting impression on me that night (against Barcelona in April 2018), and so being a part of this amazing club now is definitely a dream come true.”

What is even more remarkable is the impact he has made in his first few weeks at the club.

Just a day after his unveiling on 13 March the youngster made a spectacular start to his AS Roma career by scoring and providing an assist on his debut for the under-18 side in a 5-0 thumping of Genoa.

He followed up that display for coach Aniello Parisi’s side by scoring in his next two matches and was so impressive he earned a quick promotion to Roma’s Primavera under-19 squad.

Now he is determined to take the next step and play for the first team and work alongside head coach Paulo Fonseca.

“It is down to hard work. It is never easy for a boy from where I come from to come here and also make it,” he insisted.

“Now that I am here, the target is to be in the first team and go on to become an important player for the club.

”I will work hard for it. I know it will come with a lot of challenges but I will stay focused and disciplined. I will stop at nothing to see that come to pass.” 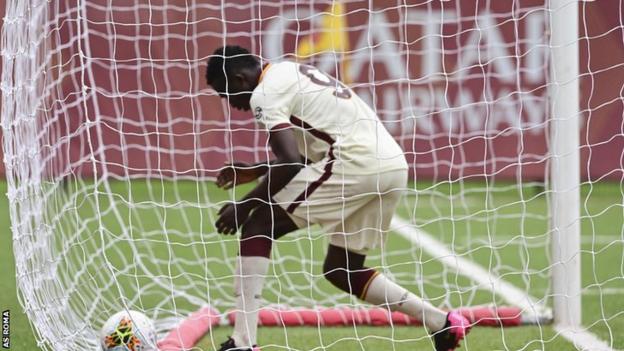 His performances have already seen him dubbed as the new George Weah by some observers.

How it all began

However unlike many African youngsters in the past Ohene Gyan was not spotted at a continental or global age tournament but instead was taken straight from a football academy in the Ghanaian capital Accra.

He was signed by AS Roma, who beat off competition from Italian rivals AC Milan and Sassuolo, despite having no experience of playing in any of Ghana’s leagues or as a youth international.

“I was involved in school sports from a young age. I captained my basic school, senior high school and the regional team, which was made up of students selected from the various schools in the region,” he explained.

“Initially my mother wanted to send me to Asante Kotoko, one of the biggest clubs in Ghana, but that did not happen because the club’s academy had not taken shape then,” he added.

“Instead they took me to the EurAfrica Academy and I am very thankful to them for that decision. I will never forget what they have done for me.”

Ohene Gyan’s performances in those regional inter-school tournaments are what caught the eye of the scouts at the Accra-based EurAfrica Academy FC.

Established in 2018 Ohene Gyan is not the first youngster that the academy has sold to a European club, with the likes of Ibrahim Mustapha going to Serbia’s Red Star Belgrade, Abdul Rahim Alhassan to Portuguese side Sporting Braga and Salim Abubakar to Sassuolo. 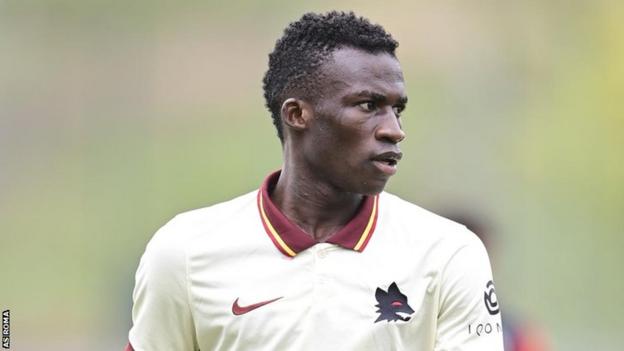 The academy is determined to continue producing talent and recently signed former Italian professional footballer Renzo Gobbo, who has been a coach since 1996 and in 2007 was caretaker coach of Palermo in Serie A after the sacking of Francesco Guidolin.

His task is to give help prepare the academy players to easily adapt to the European environment.

The agency is run by well-known Ghanaian football agent Oliver Arthur, who played a pivotal role is Ohene Gyan’s move and believes the forward has the requisite qualities for top-tier football.

“He is a player with lots of confidence, pace and power. His most significant strength is his ability to score,” he told BBC Sport Africa.

“He also has the character of wanting to be the best in the world and has started working towards that.

“It (Ohene Gyan’s move to Italy) is already changing a lot of perceptions about African talent.

“Most people thought it was not possible to move directly from Africa into the big clubs in Europe, but Ohene Gyan has opened the way and proved it’s possible.

“I want to thank AS Roma for believing in our project and the opportunity given to Ohene Gyan.

“I don’t see financial gains as success in this business. It is the fulfilment that comes with helping unearth a talent and helping them to achieve their dream.”