Abryanz Finally Launches ‘When No One is Watching’ Campaign


Ahumuza Brian alias Abryanz has become a household name because of his fine touch with fashion and style.

Making a decade of fashion excellence this year, the continental fashion icon has launched a new campaign and clothing collection dubbed ‘When No Is Watching’, one that has been received with enthusiasm from all corners of Uganda and beyond.

“The Abryanz brand has been one that is driven by the aspiration to lead a new way for a proudly Ugandan heritage that is here to take a stance and be a voice for the spirit of African youth and general state of mind in forward thinking that will see us contributing to the global community in the creative and fashion industry at large,” Abryanz said describing the inspiration behind the new collection.

The rebirth of the brand’s look and feel, he stated, enhances the apparel space that the brand wishes to reach and is led by the concept of “merchandise drops”.

“This will use themes of inclusion and diversity of community in both an ergonomic and socially inclined mandate,” Abryanz said.

Adding: “Rather than just a fast fashion brand with no message, this new found proposition will inspire patriotism of its identity and honest representation of its sense of belonging. As a result, the practice of this aesthetic will push forward the envelope of inevitability of what happens when like minded strangers feel completely connected to the world, their surroundings and feeding off energy from each other.”

The new collection and campaign is documented through the lens of an unmonitored  CCTV camera as though it had a human sensibility in feeling without judgment but pure appreciation for doing what fashion does every time; capture time and space to inspire, according to the fashion mogul. 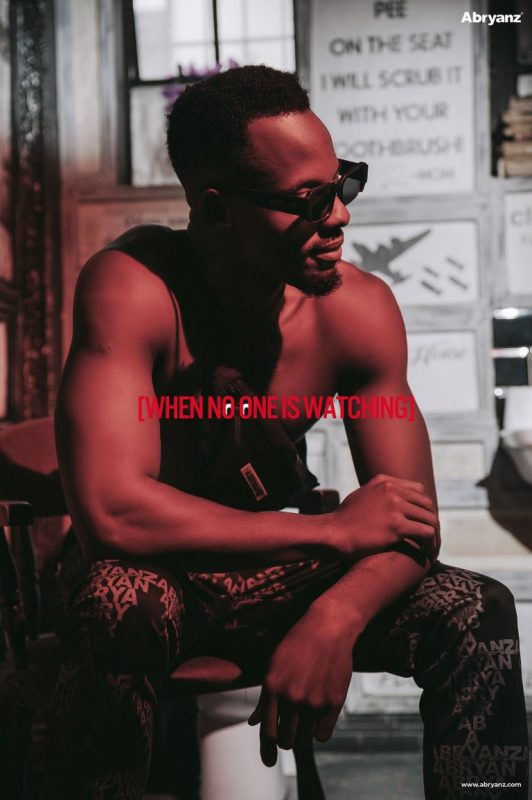 The collection offers styles in staple essentials ranging from unisex tracksuits, branded t-shirts showing off the new brand logos, caps, underwear for both male and female and high-end fashion eyewear.

Abryanz has over the years imprinted his name and fashion talent on the Ugandan fashion scene and across the globe, through his different innovations, under the Abryanz Fashion brand.

Born Brian Ahumuza on 1st November, 1990 in Masindi, the fashion genius has risen from his humble beginnings in his home town to become the continental sensation and fashion icon that he is today.

He was enrolled at Asaba Primary School in Masindi and later joined Bugema Adventist High School, Crane High School, Natete and Lake Side College for his Secondary education.

He is an alumni of Kyambogo University from where he holds a Bachelor’s degree in Social Works and Social Administration.