Fighting erupts in Mogadishu as soldiers cause mutiny 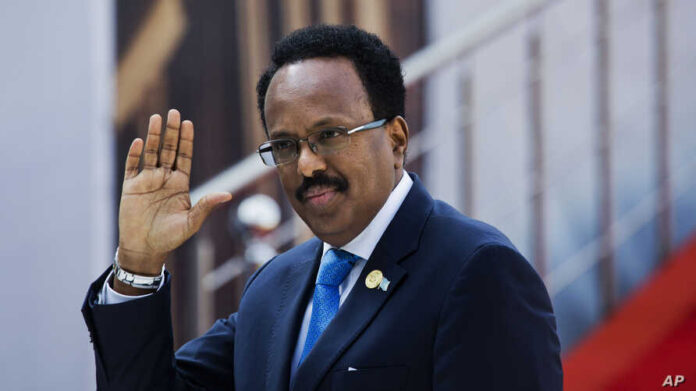 There is heavy fighting going on in the Somali capital Mogadishu after the incumbent president Mohamed Abdullahi Mohamed extended his term of office for two years.

According to sources, the section of the Somali National Army mutinied and took control of San’o junction in Mogadishu.

The mutinous soldiers are against the controversial signing of the decision by Somalia’s lower parliament to extend the president’s term of office by two years.

The Somali opposition lawmakers have spoken out against the action, along with donors and the international community.

The extension comes two months after the president’s four-year term expired with no agreement on how to replace him, while elections set for February were delayed.

The former president Hassan Sheikh Mohamud tweeted on Sunday that his home had been attacked and he blamed President Mohamed who is also commonly known as Farmajo.

“It is very unfortunate that an army under the command of the former president attacked my residence. I have already warned and reiterated the dangers of politicizing security. Farmajo is responsible for the consequences,” he warned.

Meanwhile, U.S. Secretary of State Antony Blinken issued a statement last week saying the United States was “deeply disappointed” by the approval of the legislative bill.

The statement threatened sanctions and visa restrictions. The European Union is also considering sanctions and warned that the Somali government’s actions would divide the country.

The fighting might distabilse Somalia which was gaining stability after African Union troops from Uganda, Kenya, Ethiopia, Burundi and Djibouti were deployed to support the government threatened by the al shabaab insurgents.

Uganda has over 6,000 troops in Somali deployed in Sector One whose headquarters are in Mogadishu, which is now the epicenter of the new fighting.