The legal fraternity in the country over the weekend suffered a big blow, after losing four lawyers to Covid19.

According to the Uganda Law Society (ULS), an umbrella body uniting all legal practitioners in the country, three of the lawyers passed away on Sunday while one died on Saturday.

Counsel Tebusweke David Mayinja of Tebusweke and Company Advocates died on Saturday night having spent more than a week in critical condition.

Others who passed away in the same weekend include State Attorney in the Directorate of the First Parliamentary Counsel, Mrs Olga Semakula; Advocate Dagira Suza of Dagira and Co. Advocates and Advocate Beatrice Florence Nagawa. 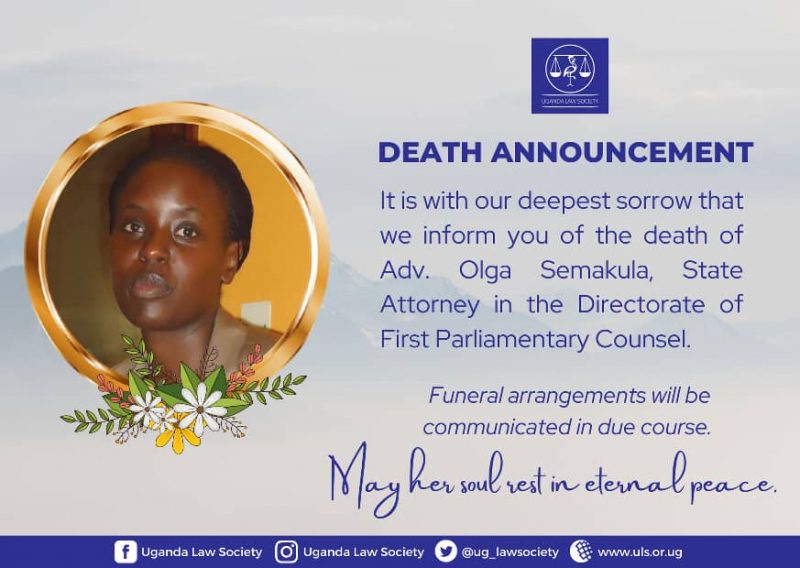 Chief Justice Alphonse Owiny Dollo recently suspended physical hearing of cases in all courts countrywide due to the new wave of Covid19.

However, he left an option of matters of urgency and plea taking to be conducted in observance of all Standard Operating Procedures (SOPs).