EALA RACE: Nampwera to Fight for Elimination of Trade Barriers


Ambrose Nampwera, a Ugandan trade strategist and economist, has vowed to work for the removal of barriers hindering cross-border trade when elected a Member of Parliament for the East Africa Legislative Assembly (EALA).

“I bring strong and fresh momentum towards the elimination of persistent stumbling blocks to quality, regional cooperation in the areas of a common market and seamless cross-border trade through providing legislative and engagement support for the ongoing infrastructure projects:  the standard gauge railway, the East African Crude Oil Pipeline and the proposed interstate roadworks among others,” said Nampwera.

“In the face of the COVID pandemic, we have learnt that with our robust security apparatus that is our hardware thanks to the wise leadership of the NRM under the astute stewardship of President Museveni); science and technology is the software that adds a great deal to any strategic security effort of our people,” he added.

Nampwera spoke to ChimpReports on Sunday – a day after submitting his nomination papers to NRM Electoral Commission in Nakasero, Kampala.

“To this end, I hope to use the legislative arena, to make and, or support and protection of scientific and technology research, solutions and very importantly, the human resource. We should never have to beg for or be held hostage by other people’s “solutions,’” said Nampwera.

The 37-year-old seeks to replace Mathias Kasamba, the EALA Legislator who passed away on April 27, 2021 at Nakasero Hospital in Kampala where he had been admitted for days.

Kasamba had been elected to represent Uganda in EALA’s fourth assembly (2017- 2022).

Several politicians are eyeing the seat including former Minister of State for Tourism, Godfrey Kiwanda. 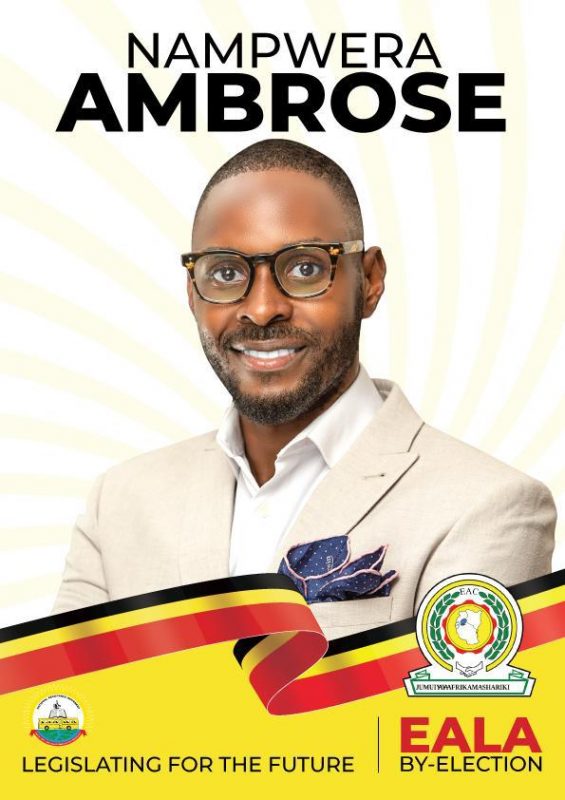 Nampwera said the spirit of Ubuntu among the East African people is not to be questioned.

“What we see in some parts is a need for leadership that amplifies that which brings us together than what petty differences we might have. We have evidence that there is infinitely much more that unites us. To this end, I will be making proposals in the assembly to ensure that no single person can ever again, make difficult the coming together or families, friends or business associates across borders,” he observed.

Nampwera said it was his firm belief that the future of Uganda, East Africa and indeed Africa lies in unification of ideas, trade, security, ideals.

“It is to this desired aspiration that i wish to make a contribution through legislation. This is why I am the best person for your vote,” he observed.